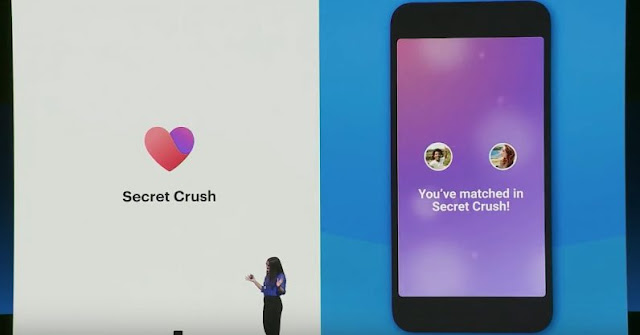 Facebook announced at its F8 conference today a new feature to its Dating repertoire, this one apparently designed to help single minglers poach potential paramours from their Friends by adding them to an ostensibly private list of people you’re crushing on.

Here’s how this is supposed to go down: You add up to nine people to a “Secret Crush” list. After you do, those nine people will receive an alert telling them someone has a crush on them. They can add their own secret crushes, and if they add you, you both get a notification and can chat about it on Messenger.

Ordinarily, Facebook basic and Facebook Dating exist in two separate realms — your profile for one is not the same as your profile for another. The Secret Crush feature is the first crossover between the two (pray it’s the only one). On paper, it sounds like it might be a nice gesture, leaving an opening for shy or introverted people to express their interest in someone with no embarrassment or repercussions if the interest isn’t reciprocated.

Supposedly, no one will know who your crushes are unless the two of your connect, but you just know there’s a way around that. I wouldn’t put it past some users to add and remove all of their Friends to their own Secret Crush list just to see if any of them match up — not because they feel the same way, but just for bragging rights. But that’s not what really concerns me.

If you’re anything like me and have played audience to Facebook’s massive, trust-annihilating data leaks and generally cavalier attitude towards consumer data, then your gut clenched in a pre-emptive cringe at the privacy conundrum this is sure to cause. After a year of data privacy scandals, Cambridge Analytica chief among them, I don’t think I’d trust Facebook with my dating interests in general, let alone a super secret list of the acquaintances I secretly long to be closer to.