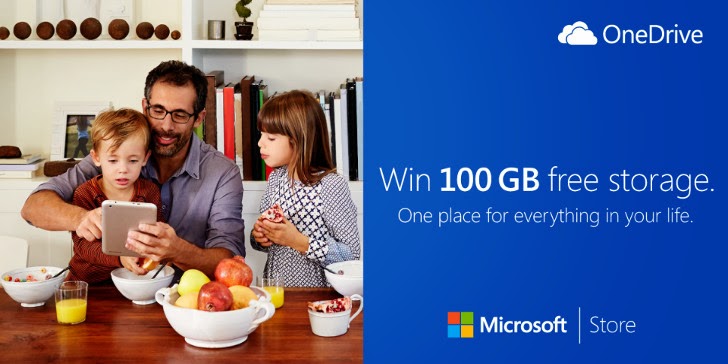 Microsoft yesterday rebranded SkyDrive to OneDrive, so the company decided to give away 100 GB of storage for one year free of charge for 100,000 users.

All prizes have been claimed really quickly on Twitter, so Microsoft has announced a new contest that could bring users 100 GB of free storage in their accounts.

Basically, you need to pay a visit to a Microsoft store, log in with your OneDrive credentials (or create an account if you don’t have one right now) and you get a chance to win the grand prize. Microsoft says that 10,000 users will be rewarded with the free storage, with the contest ending on February 23.

By default, OneDrive comes with 7 GB of free storage, so this could be a really good way to keep more files in the cloud for one year without paying a cent for it.