Winter olympics was not Hacked by North Korea but Russian Military 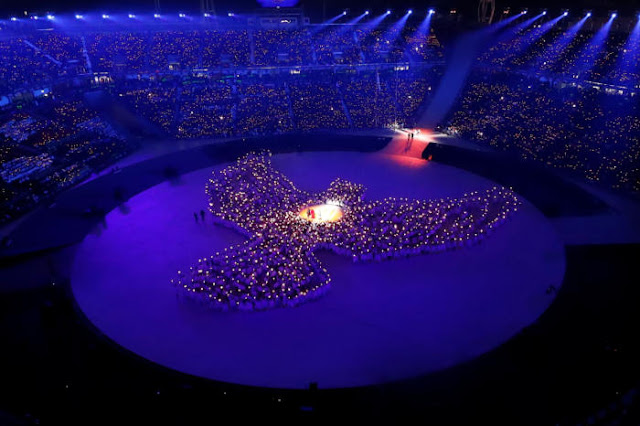 We already knew that the opening ceremony of the Winter Olympics in Pyeongchang, South Korea was hit by a cyberattack. Now it appears we know the culprit: Russian military spies.

Russian military spies hacked hundreds of computers used by Winter Olympics organizers and tried to make it look like the work of North Korea, the Washington Post reported Sunday, quoting US intelligence sources.

South Korea had previously announced that it was investigating the failure of several Olympic-linked internet sites and broadcast systems just as the opening ceremonies were taking place on February 9.

The Post reported that Russia's GRU military intelligence agency managed to take control in early February of 300 computers linked to the Olympic organization. As a result, many attendees were unable to print their tickets for the ceremony, leaving empty seats.

It said the Russians had hacked South Korean computer routers and inserted a form of "malware" that allowed them to gather data and paralyze the network. The Russians used a North Korean internet provider to make it appear the attack originated in North Korea, in what is known as a "false flag" operation, the Post said.

While American officials quoted in the article were unable to say whether the hackers had activated the malware, they said the cyber attack against the Games -- from which Russia's team was excluded for doping -- was worrisome.

Some analysts believe the cyber attack was retribution for that ban. Some Russian athletes were allowed to compete, but only under the designation of "Olympic Athletes from Russia."

The Winter Games saw dramatic gestures aimed at easing the raw tensions dividing the two Koreas, as both countries' athletes marched together during the opening ceremonies, and they fielded a single women's ice hockey team.

The sister of North Korean leader Kim Jong-Un made several high-profile appearances in the early days of the Games, and a large squad of North Korean cheerleaders drew intense interest.

Finally, at the Games' closing ceremony Sunday, South Korean President Moon Jae-in and North Korean General Kim Yong Chol -- a man considered a "war criminal" by many in the South for his role in two deadly attacks on Southern targets -- exchanged a very public handshake.